What is the purpose of the Montessori School?
The purpose of the Montessori school is to help each child develop within himself the foundations for a lifetime of creative learning; i.e., to develop the basic ideas, attitudes and skills essential for success in school and in life; a thirst for learning, favorable attitudes toward school, habits of concentration, of initiative, of order, of persistence and above all clear perceptions, basic functional creativity and originality.

Who was Maria Montessori?
She was an Italian physician and educator, the first woman to receive a medical degree in Italy. Born in 1870, she developed a psychologically rooted method of educating children. She devoted her life to this work and was honored and respected throughout the world at the time of her death in 1952.

Why did she develop her special teaching method?
She developed her method because she was distressed with the usual rigid teaching techniques used in Europe at the time. Furthermore, she noted how many children were blocked in their learning efforts by traditional teaching methods. Feeling that the young child had more potential for self-learning than most educators realized, she began to develop this potential through a sensorial approach (teaching the young child through his natural interest in exploring the world through his senses).

What is the Montessori method?
An approach to education which emphasizes the potential of the young child (under age five), and which attempts to develop this potential by means of a prepared environment, utilizing specially trained teachers and uniquely designed learning materials and apparatus having an inherent appeal to the pre-school age child.

What are “Sensitive Periods?”
Montessori’s name for age periods when the child shows unusual capabilities in acquiring particular skills. A modern name for this phenomenon might be “formative periods” or “periods of specific maturational aptness”… a period in which the child is psychologically attuned to learn or acquire given ideas or skills more easily than at any other period. Modern psychologists refer to “critical learning periods” and stress “developmental needs to be capitalized upon with developmental tasks.” Examples of “sensitive periods” area: writing between 3-1/2 and 4-1/2 years of age for the average child; reading and math at the age of 4 to 5; precise movement and coordination 2-1/2 to 4; sense of order 2-1/2 to 3-1/2 years of age.

What is the Montessori concept of freedom?
Freedom is a prerequisite condition for learning. Freedom is a goal, not a starting point. A free child (or adult) is one who has developed his potential and prefers to work out problems for himself, but is capable of asking for and receiving direction when necessary. An undisciplined and unskilled child (or adult) is not free, but is a slave to his immediate desires and is excessively dependent on others whether parent or teacher or husband or wife. The free child grows into the free adult.

What is the Montessori concept of discipline?
Discipline is the second prerequisite for learning. Montessori discipline is an inner discipline, an inner control which the child develops over his own behavior through working with the Montessori materials. Dr. Montessori noted that many so-called undisciplined children were really frustrated because of lack of proper stimulation and inadequate opportunity to achieve. She noted that they became happier and self-controlled after a period of time in a Montessori class in which they experienced challenging tasks absorbing their energies and resulting in a sense of achievement.

At what age should a child enter a Montessori class?
The ideal age for the regular session is 2-1/2 to 3-1/2. Many schools have classes for children 18 months to 26 months of age. Some new schools start 4 year olds in their classes initially to give a balanced age distribution. Most Montessori schools at present do not admit children who are 4 or older if they do not have any previous Montessori classroom experience.

Why won’t most Montessori schools accept 5 year olds?
Most five year olds are past most of the sensitive periods for which the pre-school Montessori program is designed.

What happens to children who transfer from a Montessori school to a public or parochial school?
It is usually recommended that an achievement test be given so as to assure proper placement of the child. As a rule, the children from a Montessori school go directly to first grade. If they transfer at age 6 to 10 years of age (where Montessori schools cover the primary grades) they sometimes are advanced one year. Older children are much more suitable for transfer because many schools now make provisions for advanced pupils in higher grades. Much depends on the school. However, each situation should be evaluated separately. Montessori children are quite adaptable since they have learned to work on their own without constant supervision.

What is the advantage of ungraded classes?
A child can work with older children in one subject, younger children in another, and still have social interaction with children his own age.

How large are Montessori classes?
The ideal size of a Montessori class is 25-30. New classes begin with 12-15 pupils and gradually increase in size as the year progresses. It is important that there are not too few pupils in the class; the teacher’s job is not to teach in the usual sense, but to encourage the child to “learn how to learn.” The teacher is called a directress.

How can I afford both Montessori and college tuition later?
If you have to make a choice, the money is better spent at age three than at eighteen. The child who “falls in love with learning” at an early age will get to college with or without his parent’s help. Many college students today are wasting time and money because they have no interest in education; they never developed the foundations for a lifetime of creative learning. 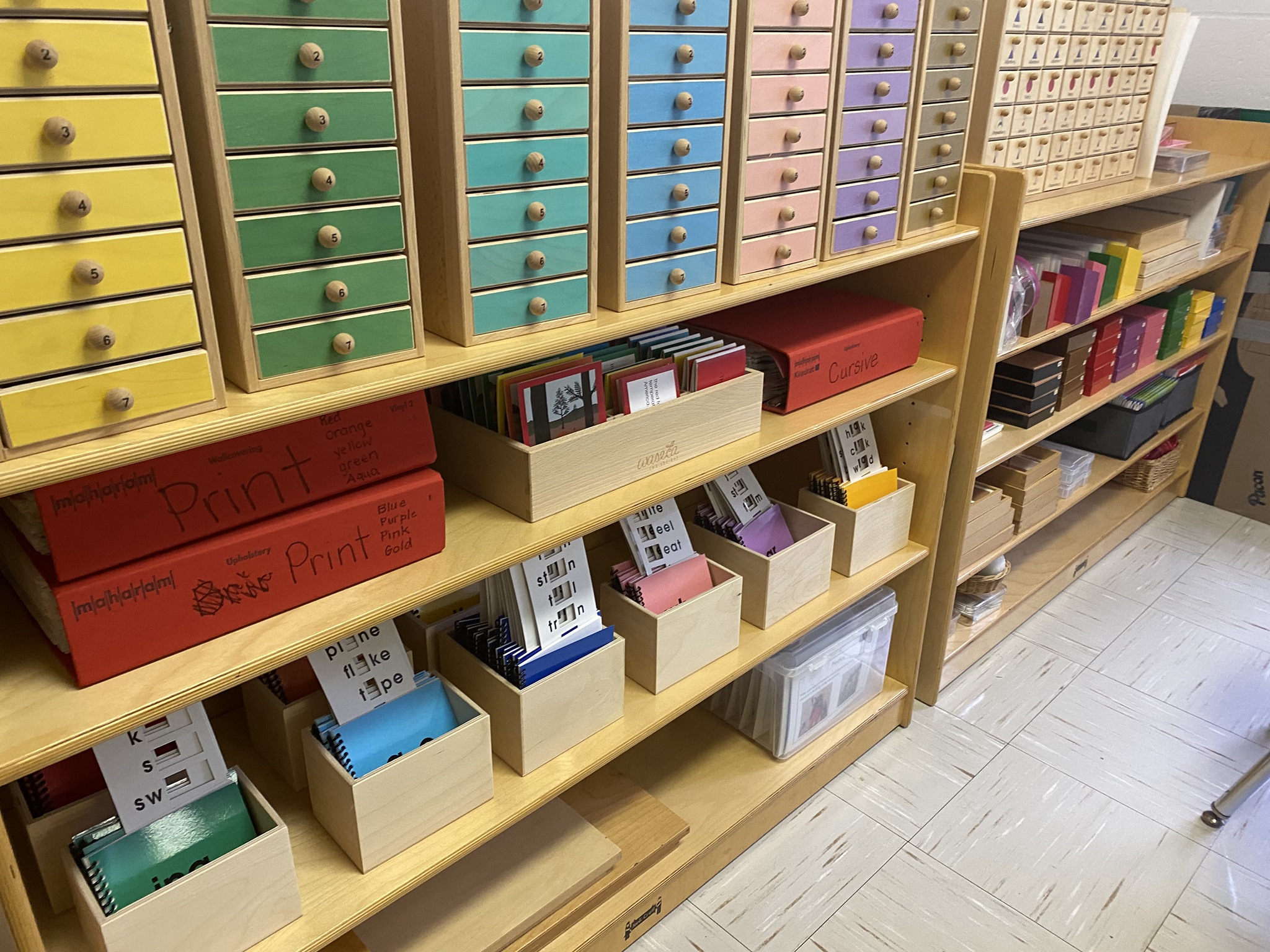 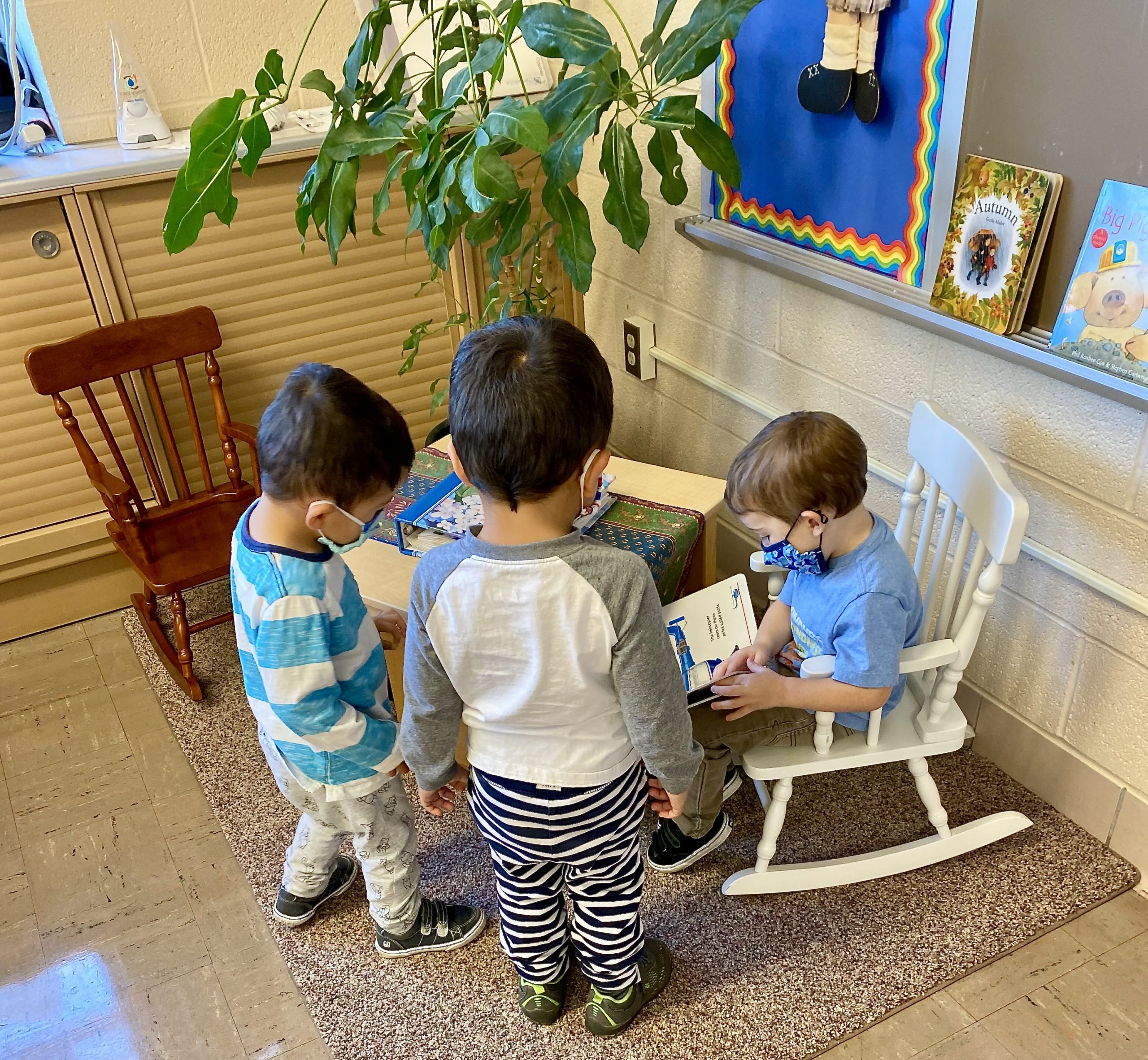